Terra-Weisse Beer On Tap For Limited Time At Hyperion Brewery

TerraWise Homes celebrated a record year for sales of homes in Springfield with the tapping of a signature beer brewed at the local Hyperion Brewery in the historic Jacksonville neighborhood. The TerraWise team worked with the brew master at Hyperion to develop the signature limited edition Terra-Weisse. They gathered on December 5 at the brewery at 1740 North Main Street for the initial private sampling before the brew goes public.

"It has been a great year for Springfield with the opening of new businesses, including Hyperion, along Main Street and I believe we have helped to drive the growth of services by bringing more new families to the neighborhood," said Melody Shacter, TerraWise Homes' President. "We are delighted the team at Hyperion is helping us to celebrate mutual success with our very own Terra-Weisse beer."

Jac Shacter is the TerraWise Sales Consultant for Springfield and led the effort for the company with Hyperion. He said the beer is a classic Weisse that is typically blended with syrup as it is poured. He and others on the TerraWise team participated in the crafting process and selection of the accompanying syrup flavors, which include Honey, Kiwi and Pineapple/Chipotle. 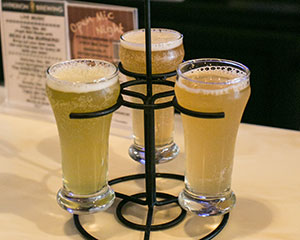 The Terra-Weisse beer will be officially released to the public at Hyperion on December 8 to coincide with the annual Springfield Holiday Home Tour, which TerraWise Homes is one of the primary event sponsors. 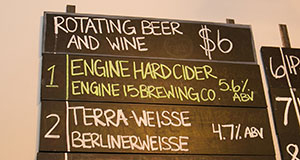 TerraWise Homes has been leading the revival of new homes in historic Springfield since 2013. During that time, they have built several homes bringing forward the latest energy efficient net-zero energy technology while maintaining the character of the neighborhood by designing homes that blend perfectly with the historic architecture. The family-owned home building company is also headquartered in Springfield and is active with SPAR and other local community organizations there.